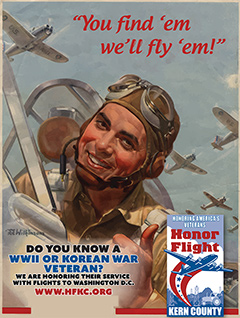 Thank you Steve Mayer for the great article about Peter Pappas and his medals presented by Congressman McCarthy!

LAKE ISABELLA — Pete Pappas is a man of few words. The 85-year-old Korean War veteran is not the type to ask for recognition, even when it’s his due. Even when it’s six decades overdue.

Fortunately, others did the asking for him.

So on Saturday, at a crowded senior center in this Kern River Valley community northeast of Bakersfield, Pappas seemed to glow as he was presented with a half-dozen medals and service awards, including a Purple Heart for wounds he received in 1952 when an enemy artillery shell exploded near him, sending the infantryman to a military hospital to be patched up… (click for the full story & photos)